The first restaurant kitchen I ever stepped into was at Blue Hill at Stone Barns, No. 12 on the World’s 50 Best Restaurants list at the time. I initially got a sense that this place was unique when I got out of the Uber and stepped foot onto the property. The smell: a combination of

The first restaurant kitchen I ever stepped into was at Blue Hill at Stone Barns, No. 12 on the World’s 50 Best Restaurants list at the time. I initially got a sense that this place was unique when I got out of the Uber and stepped foot onto the property. The smell: a combination of pasture, dairy, fresh air, fire and food. Not the food smell you get when you drive past just any restaurant but a smell that instantly tells you that you are somewhere special. Upon walking in, it made sense to me why the Netflix show “Chef’s Table” depicted shots of the kitchen in slow motion — it’s necessary to capture the fast-paced yet magical moments that make up a night at Blue Hill. 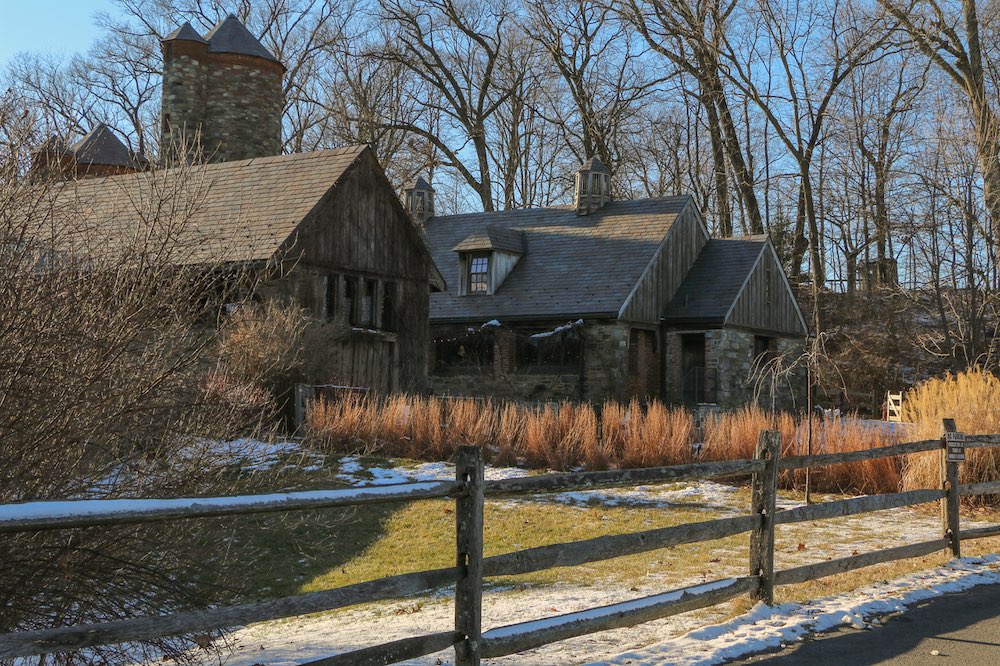 The call time was 12 p.m., allowing enough time to change clothes before the pre-service meeting at 1 p.m. in the dining room with all the chefs. Some kitchens have these types of meetings to review the menu for the night, however, Blue Hill’s meetings are unique in that they discuss different projects that are going on with the on-site farm. Chef Dan Barber ended the meeting by passing around milk from dairy cows that had grazed on two pastures. The cooks and I got to taste the two types of milk while the chef explained the reasons behind the nuances. Tasting something that came from the fields right outside the window was a wholesome experience.

After the meeting, the cooks briskly walked back into the kitchen. It was time to prep for service. I was assigned various tasks: concassé tomatoes, de-seed dried quince, cut avocado squash, brunoise confit lemon peels, put away produce, etc. I made sure to have the same hustle as the cooks and asked questions to ensure I was doing the tasks exactly the way they wanted. The cooks were all helpful — they had all trailed before and understood what it’s like to be in an unfamiliar kitchen.

The three hours of prep felt very short and I was led into another room where a delicious, well-thought-out staff meal was laid out. Everyone ate outside, looking at the farm and enjoying their meals. The calm before the storm. When it was time for service, I helped plate the chicken of the woods mushroom nuggets and the sunflower dish at the garde manger station. Everything had to be perfect. Getting to be a part of that orchestra of cooking, made up of all kinds of sights, smells and sounds, was exhilarating — and even more exciting when a cook would give me a sample of a dish. 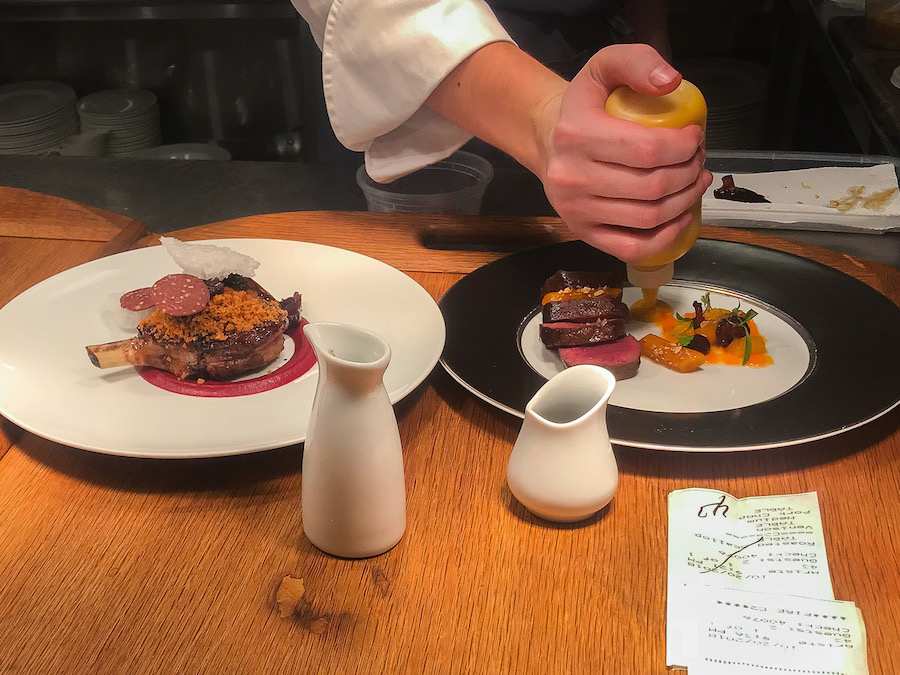 At one point a cook from the adjacent pastry station walked over to me with a little cup filled with an airy, white, puffed cake. I took a bite of the souffle and haven’t forgotten it since. The pastry cook explained how Blue Hill dairy was incorporated into the dessert. Everyone at Blue Hill is passionate about every single ingredient and described the process that starts out on the farm and finishes on the plate. The cooks run some of the plates out to the dining room and this way they get to explain everything to the diners themselves.

Service finished at around 12 a.m. Cleaning the kitchen is just as important as anything else and done with the same diligence as any other task. Clean-up finished 13 hours into my trail, and I met with the chef de cuisine. He asked me some questions and mentioned that he wanted me to do another trail. So a couple months later I returned to do it all again. Now, you might be wondering how I even got a trail in the first place. This process was unique compared to the rest of my trails in that I had to apply online, write an essay and then have a Skype interview with the head of human resources.

Usually, setting up a trail requires sending an email, which is what I did to get my other trails at Blue Hill NYC, The Clocktower, Daniel, Atera, Lilia and Olmsted. I trailed a total of eight times before deciding on Olmsted in Brooklyn for my externship. I encourage students to trail as much as possible. Each trail is different but most follow the same process as Blue Hill; a difference might be that instead of plating during service, you observe. I observed service at Daniel for six hours, but most of the time observing is just for a few hours.

If you are starting out in the Culinary Arts program, I urge you to start trailing early. I started two months into the program and still felt short for time near the end. Restaurants are busy and they might take a while to get back to you. Try to set up trails on the weekends to see how restaurants operate at their busiest times. Another lesson I learned while trailing is to give it your all at each trail because you never know who you’re going meet. My time at a trail at ICE alum Missy Robbins’ (Culinary, ’95) Lilia got me one step closer to my externship at Olmsted because of the connections between the restaurants (and I went on to work at Lilia after externing). My last tip is to talk to your instructors after class because they have valuable advice to give.

Trailing is a fun experience when you always have something to learn because every kitchen is different. In the rush and hustle of it all, you end up making connections and meeting people from all over the country and the world.

Start your journey with career training at ICE.